Google Glass, wearable tech and the future of digital storytelling
ScribbleLive - Content Marketing Software Platform
Menu Menu Log In Log In Get In Touch Get In Touch

Sometimes, people stare at Robert Hernandez.
He's not a reality TV or film star. He doesn't don outrageous costumes or stand on boxes bellowing apocalyptic slogans.
Instead, his gawkers are intrigued by a simple-looking device containing a technology that captivates, inspires and, in some cases, creeps people out.
Hernandez, you see, is a Google Glass Explorer.
He is -- also -- a professor at USC's Annenberg School for Communication and Journalism, a digital media expert, ONA board member, the man behind the influential @webjournalist Twitter account and a seasoned journalist. It's that last role that informs everything he does -- including his decision to wear Google Glass.
USC professor Robert Hernandez admits that while Google Glass is fun to play with, its limitations mean it will not replace produced broadcasts or professional camera crews.
by AJR - American Journ... via YouTube
"I am a journalist first and a tech nerd second. I have a responsibility to put these things on my face -- and it's with a purpose," he said. "My main goal is journalism and better informing society."
Hernandez sees the Explorers program as Google effectively "giving away" a brand new way to accelerate story gathering. With that in mind, he ventures out into public wearing Google Glass, documenting much of what he sees via a Twitter account (@GlassJournalism) dedicated to "the exploration of Google Glass and storytelling and journalism." 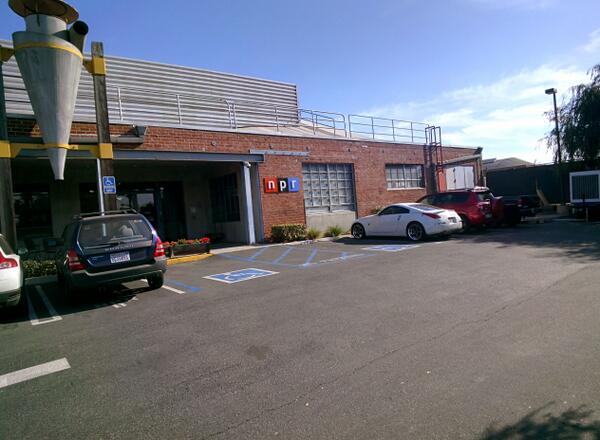 Mar. 19, 2014
While Hernandez admits what he's produced with Glass thus far is a bit pedestrian, others are using it in truly gripping ways.
Vice reporter Tim Pool -- who made a name for himself as a 'mobile first-person journalist' during the Occupy Wall Street protests -- used Google Glass to live stream anti-government protests in Istanbul.

'I want to show you what it's like to be there as best I can, even if that ends with me running full-speed into a cafe and rubbing lemons all over my face after being tear-gassed,' Pool told The Guardian.

Pool had to hack Glass a bit to get it to do the things he needed to do, but he was able to bring a first-person perspective to an event that would typically be reduced to a few quick shots from a camera high above the action. He remains excited by its potential (and you can follow his latest work on his Google+ profile).
Pool is hardly alone in that enthusiasm. 'Citizen journalists' have used Glass to record and document arrests. A company called Watchup is experimenting with personalized newscasts for Glass wearers. Orlando Magic rookie Victor Oladipo used Glass to document his experience at the NBA Draft for The Verge.
Victor Oladipo wears Google Glass to NBA draft
by The Verge via YouTube
Glass is also being used to shine lights on topics that mainstream media have shunned. A former TV journalist announced plans last year to use Glass to tour America and bring the stories of disabled and aging veterans to the forefront in a way that might not have been possible prior to Glass.
Every Day is Veterans Day: Heroes Hangouts
by Veterans United via YouTube
Nor does the trend stop there. There is an entire site dedicated to the intersection of journalism and Google Glass and even the media pros at the Nieman Journalism Lab have said it's time to embrace the trend.

Smart journalists should experiment now, because at least one of these devices will move out of the geeks-only realm before we know it.

Even aside from its practical impact, Hernandez is excited by Glass's potential to broaden the spectrum of people participating in journalism.
"The the goal of journalism is to inform and democratize. You don't need a certificate to participate," he said. "We need more voices and different agendas, the goal is more participation and more sharing in order to better inform society."
Google Glass - The First Fight & Arrest Caught on Glass - July 4 Wildwood, NJ boardwalk
by chrisbarrett via YouTube
And the more voices, the better -- for all of us.
"We’re not the only content creators. We didn’t call all the experts all the time, we haven’t done enough reporting all the time," he said. "It makes journalism better, it makes communities better informed and it makes society better."
Glass can even have the counterintuitive effect of making people more aware of the the ways the lines between public and private spheres have been steadily erased.
"Abuse [with Glass] will happen, and let’s hope its not rampant, but we have to be active citizens and share and voice concerns and hold officials accountable," he said. "This technology can help us do that."

Hernandez is all too aware of the socially awkward aspects inherit with using Glass.  "I wouldn't mind looking a little less like a douche bag," he laughed. "I'm taking one for the team."
Google offers some (in some cases desparetly needed) advice to its Glass customers on how to avoid being a creep while using Google Glass
by Mashable via YouTube
Hernandez thinks as storytellers move into this space and the technology improves, the strangeness that surrounds Glass now will vanish altogether. "There's not even a store yet, there's no place to put your Glass app," he observed. "The more mundane experiences can be done with a Go Pro. But, eventually, smart people will come along and make this better."
And current awkwardness aside, it's worth remembering that technology moves very, very quickly -- and Hernandez had a reminder for the doubters.
"The strategy in journalism before was, 'This Internet thing is a fad' and that screwed us," he said. "This is what’s happening now and, sure, people call us 'Glassholes' but every technology goes through it. The first camera phones were absolutely awful, but now we live in an era of selfies and Instagram."
Besides, if you're worried about the reactions, history is on your side.
"It's like car phones, first people said they were too big, not usable," he observed. "By the end they were a status symbol, now everyone has a cell phone," Hernandez noted. "The narrative is the same [with wearable tech]. People will always project negativity, but they also always back down and realize the proposition was undeniable."

If Glass itself is not the face (or glasses) of the revolution, Hernandez is more sanguine about the prospect of wearable tech -- and, more ambitiously, augmented reality.
"Glass is essentially one thing over your right eye, out of your main field of view," said Hernandez. "Other technologies will be a lot more immersive. Imagine fully immersive contact lenses, where your whole field of vision is a screen, it knows what you're looking at and where you are." 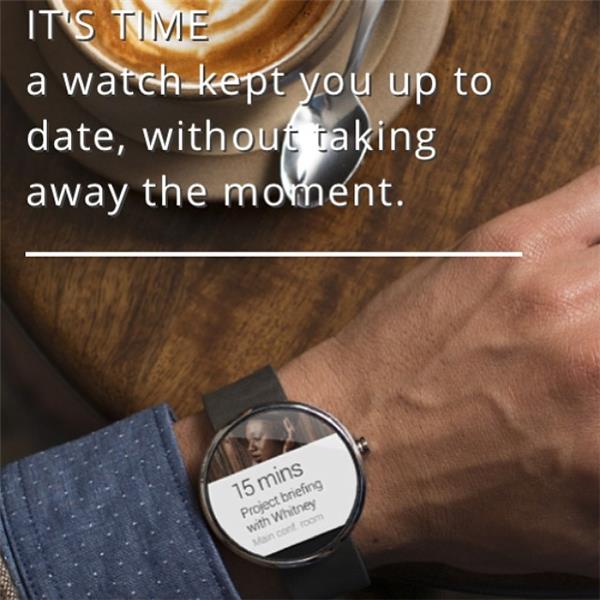 Google's smartwatch has yet to hit to be released, but the company is already developing software for it.
by nick_soliz via Instagram 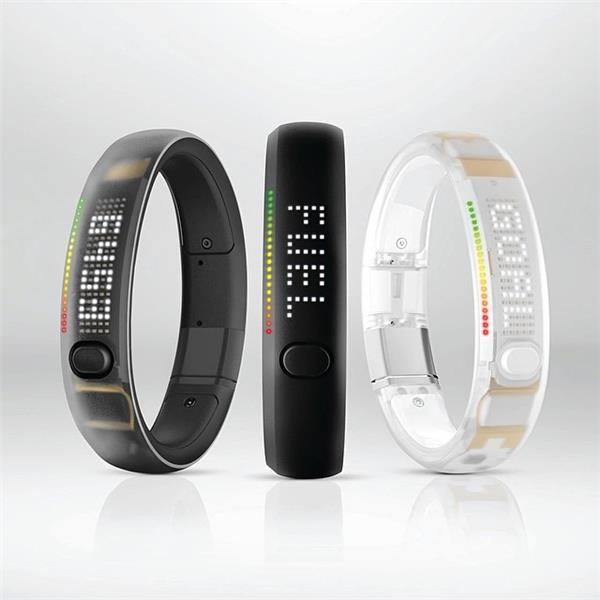 Nike's Fuel Band is aimed at the fitness set and still has some limitations, but it's another step in the direction of ubiquity for wearable tech.
by nokyungtom via Instagram 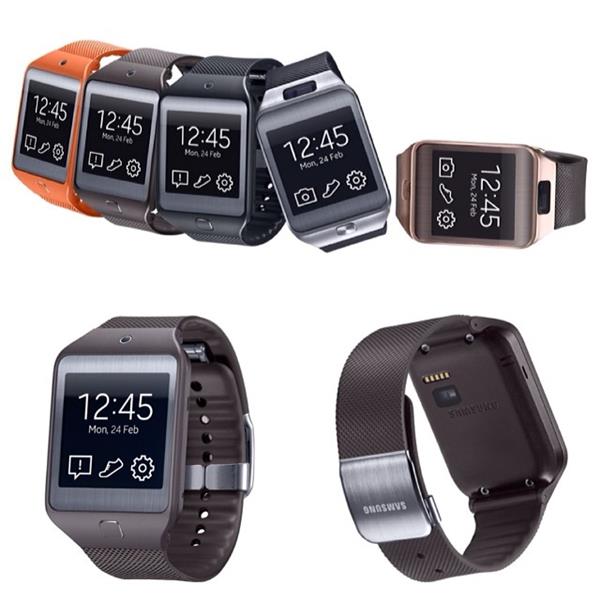 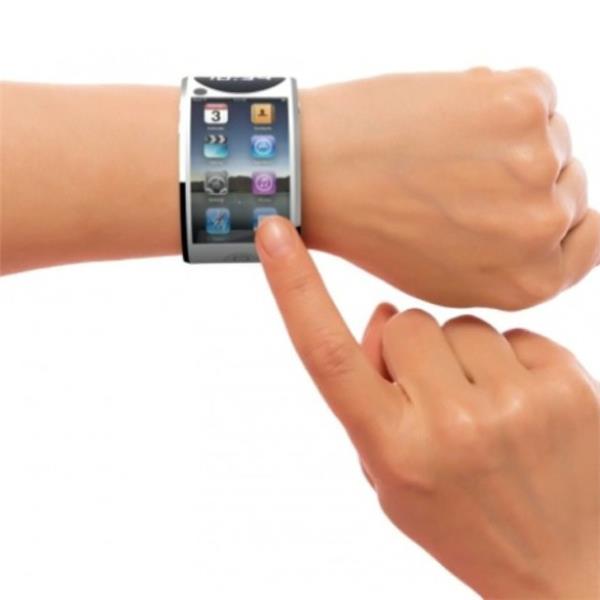 It wouldn't be a technology party if Apple didn't come and, while it remains in the rumored phase, the company is reportedly developing its very own smartwatch --dubbed, of course, the iWatch.
by theappleiwatch via Instagram 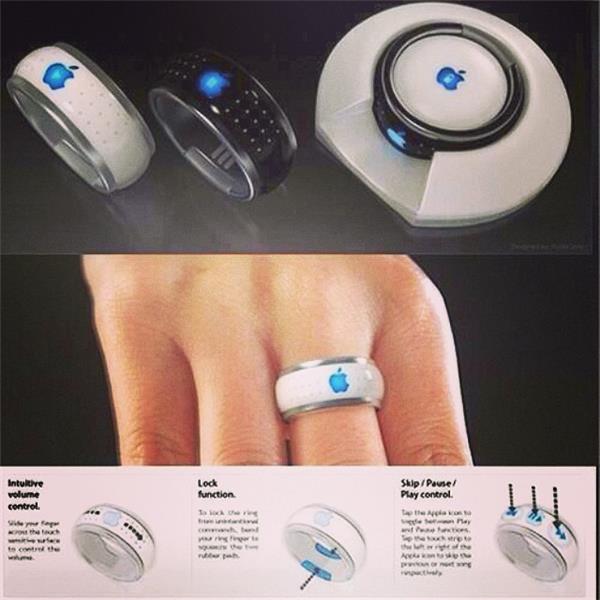 The idea for an 'iRing' seems to have sprung from a Tim Cook joke, but that hasn't stopped people from imagining what one might do. The version seen here was supposed to interface with your iPod, but it's unclear whether Apple plans to actually make one.
by marketing732 via Instagram 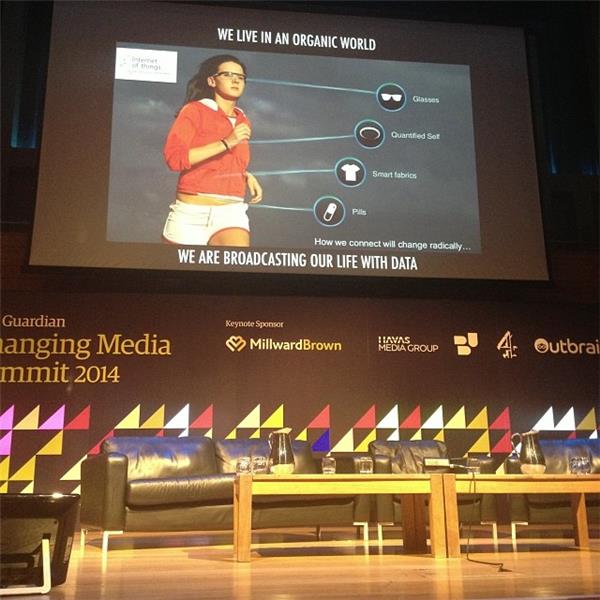 The Guardian Media Summit touched on the potential of wearable tech, again with a focus on fitness, but it's clear we've only seen the tip of this particular iceberg,
by imogenquigley via Instagram

Hernandez says it's also incumbent on media organizations to let digital teams work on projects without micromanaging them along the way. He sees that trust at places like The New York Times and Time and The Washington Post. And, more importantly, he's working to flatten the curve.
Hernandez is starting brand-new a class at USC this fall focused on the intersection of augmented reality and storytelling with students from different concentrations -- and where we might go next.
"What does an article look like in the future? NPR might have a story shape, Newsweek might have another or Time or the Wall Street Journal," he said. "All these innovations are happening. Storytelling’s evolving and we have a responsibility to get ahead of it, and help shape it, and be proactive about shaping it."
It's time for storytellers -- and journalists in particular -- to break the bounds of what's comfortable and what's normal and embrace the new tools, like Glass, that are available to them.
"When have we as an industry ever benefitted by dismissing or ignoring technology?" Hernandez asked. "This train is leaving the station -- we have to get on it and help drive it."
All aboard (just make sure you record it).
Learn More

Powered by Platform for Live Reporting, Events, and Social Engagement